The Miss Goldsboro’s Outstanding Teen Pageant is a preliminary that is open to residents of all 100 counties in North Carolina. Contestants must be a legal resident or a full-time student in NC for at least six (6) months.

There is a participation fee of $150 for Outstanding Teen contestants.

Our first meeting/rehearsal for the 2022 Miss Goldsboro Competition and Miss Goldsboro’s Outstanding Teen Pageant will take place on Sunday, October 9 at 4:00 pm at the Academy of Performing Arts in downtown Goldsboro 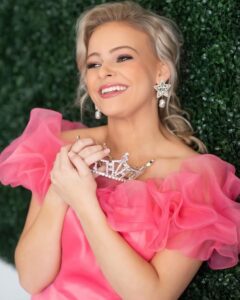 . This meeting is for Miss and Teen contestants, Carolina Princesses, and parents. Please bring all completed paperwork, supporting documents, and talent music CDs to this first rehearsal.

To compete in the Miss Goldsboro’s Outstanding Teen Pageant, contestants must meet the following criteria:

For the avoidance of doubt, 13 to 17 year old high-school graduates, as well as 18 year old non-graduates as of July 31st, must compete at MAOTeen level.

■ Be a United States citizen.
■ Meet residency requirements for competing in North Carolina.
■ Meet character criteria as set forth by the Miss America’s Outstanding Teen Organization.
■ Be in reasonably good health to meet the job requirements.
■ Be able to meet the time commitment and responsibilities as set forth by the Miss Goldsboro’s Board of Directors.
■ Must not be eligible to compete in the Miss America Competition.
■ Be willing to participate in five phases of competition including: